i make and study programming languages as user interfaces. a recovering math-head, i now try to pull abstractions into the grass and muss them up a bit. here's what's going on with me lately: 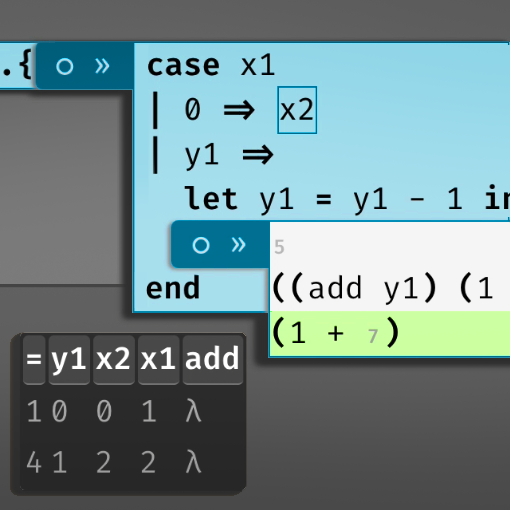 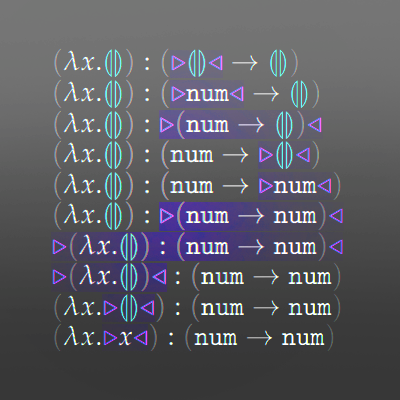 joined cyrus omar's fp lab at the university of michigan as a phd student, with intent to help ruin programming forever

finished out a great sixteen months owning ownership at todaq. did a bit of work on interfaces for reifying fake digital stuff

here are some other things i've worked on:

fructure is a prototype for an extensible structured editing engine, built around a ui for composing term-rewriting edit actions. editing abstractions like cursors and code-folding are reinterpreted as syntactic scaffolding in a meta-grammar of syntactic affordances

listen to me blab @ racketcon

a library of custom pattern combinators for racket/match which generalize macro-by-example ellipses patterns. these use composable continuations to descend into arbitrary nested structures and capture both matches and their surrounding contexts

an sdf raymarcher in c++